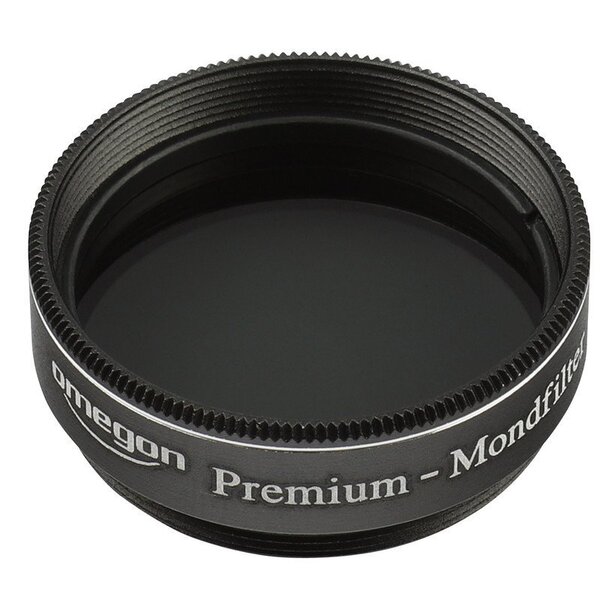 The universal moon and contrast filter from Omegon

The 1.25" moon filter, consisting of flat steamed glass, is simply screwed into the eyepiece thread. It reduces the brightness of the moon andthusenhances thecontrastin the observation. This filter is mainly necessary during the major moon phases, since the subjective glare of the moon then is strongest and can quickly become unpleasant.

More than a normal moon filter
However, the filter doesn't only offer advantages during lunar observation, but it also allows forhigh contrast observations of planets.It amplifies the surface details that make observation particularly interesting. The filter is most strong in the red / blue range. Thus, objects such as the 'Great Red Spot' and the bands of cloud on Jupiter appear clearer.
A particularly disruptive factor during observation is theillumination of street lights. This is blocked in the conventional spectral range so that high-contrast observations are possible.

The advantages at a glance: 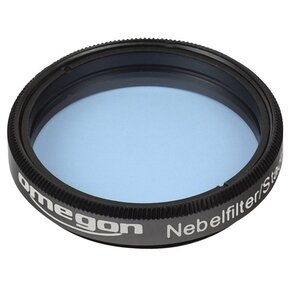 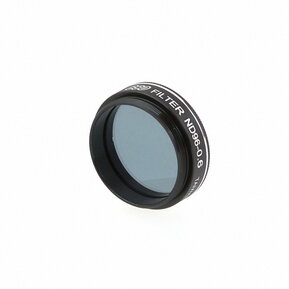 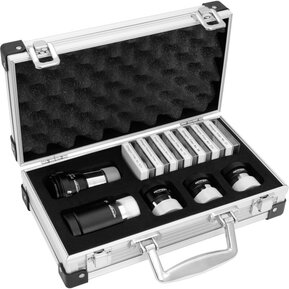 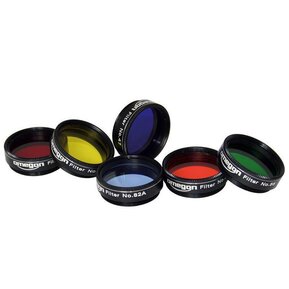